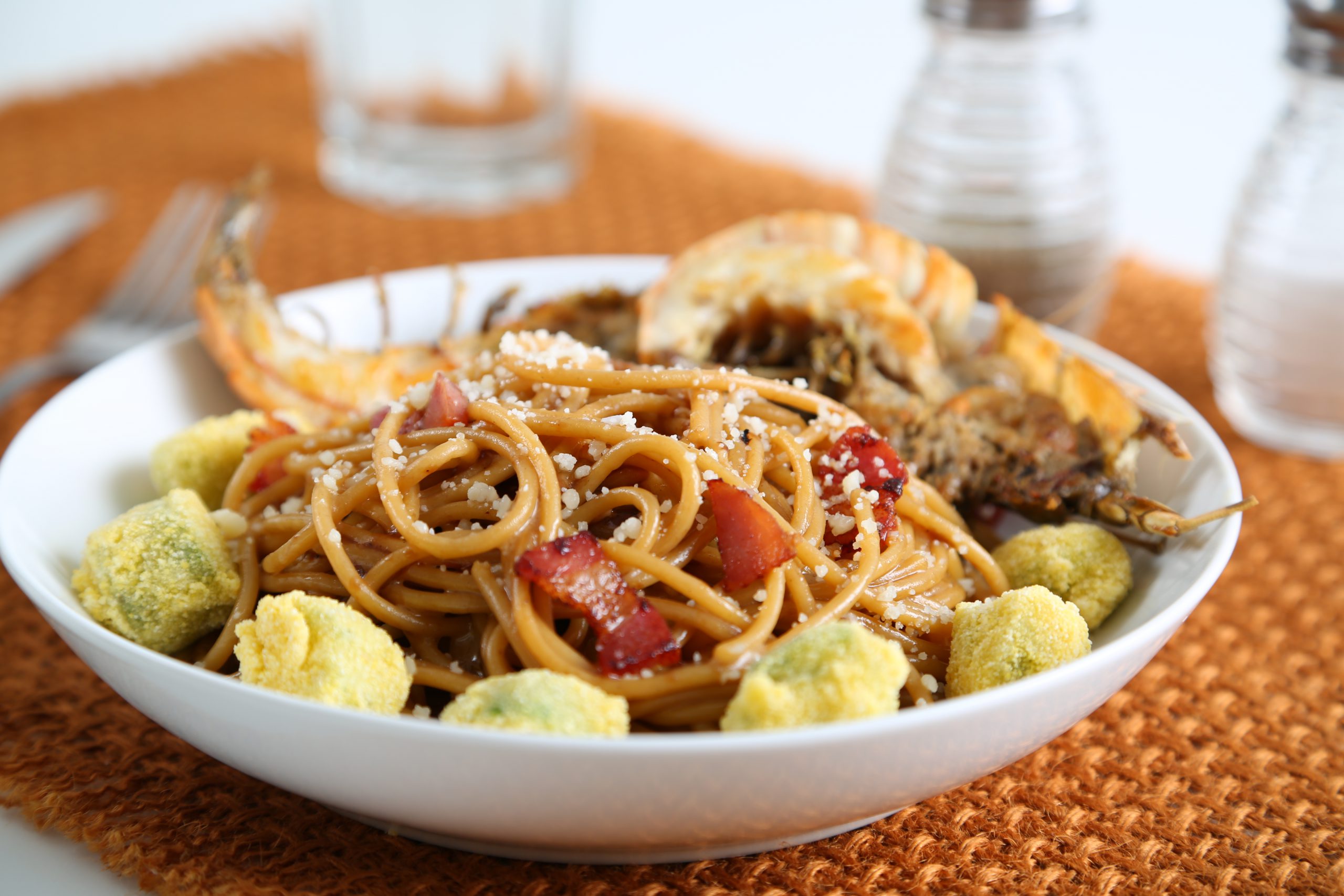 *Percent Daily Values are based on a 2,000 calorie diet.

Please note: for the purpose of the nutritional assessment, total sodium does not include salt added to the cooking water. When salt is listed "as needed" in the ingredient list, 1 tsp total is included in the analysis.

Whether it’s in traditional kugels at Brooklyn diners, or simple bowls of spaghetti and meatballs all over the country, pasta has long been a staple on the diner scene. This dish from Barilla Chef Yury Krasilovsky brings together the diner classic coffee-infused “red eye” gravy, made with traditional country ham, and elevates it with head-on shrimp and cornmeal-battered okra. Barilla Thick Spaghetti soaks up the sauce and provides an Italian “al dente” accent.